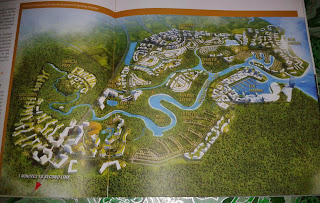 Continuing where it left off in 2011, the division continued to accumulate land in Iskandar Malaysia in 2012. In December 2012, the property division established a joint venture with Iskandar Assets Sdn Bhd (“IASB”), a wholly-owned subsidiary of Iskandar Investment Berhad (“IIB”), to purchase two parcels of freehold land measuring 779 acres for a total consideration of up to RM412.7 million in Pendas, Johor. This was followed in quick succession by a final purchase of another 300 acres parcel for a purchase consideration of up to RM183.9 million in January 2013.

These recent land parcels acquired are located immediately adjacent to the division’s existing land in Medini Iskandar and are strategically positioned to enhance the overall Sunway Iskandar development which will now cover an area of over 1,770 acres, a size able township development.


Sandwiching the Pendas River, the newly acquired land parcels will enjoy river and sea frontage with a luxury of greeneries and will be just 10 minutes from the Second Link to Singapore once the southern link to the Coastal Highway is constructed. The RM30 billion GDV Sunway Iskandar development will hope to leverage on these geographic advantages to develop an international metropolis which incorporates substantial green and natural features which can live up to the LOHAS philosophy.

Another signifi cance of the acquisitions is that in a short span of time, Sunway has propelled itself to become one of the largest developers in Iskandar Malaysia in terms of both land bank size and potential GDV.