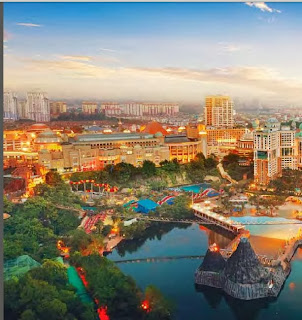 
At the end of 2010, the Chairman of both Sunway Holdings Berhad and Sunway City Berhad, Tan Sri Dato’ Seri Dr Jeff rey Cheah, announced that he was seeking to merge both these companies to create a property and construction giant which will have a stronger balance sheet and increased capacity to take on larger landmark projects. With this bold aim in mind and after close to a year of preparation, regulatory approval was fi nally obtained and the new Sunway Berhad was listed on the Main Market of Bursa Malaysia on 23 August 2011.


Nonetheless, despite the volatilities and challenges faced, Sunway achieved another financial milestone in fi nancial year 2012 (“FY2012”), achieving profit after tax and minority interest (“PATMI”) of RM 530.6 million on the back of revenue of RM 3.8 billion. This represents growth of 36.9% and 4.3% respectively from FY2011. Profi ts for the year were bolstered by the disposal of Sunway Medical Centre (“SMC”) which netted the group additional profi t of RM75.4 million. Without the gain on disposal of SMC as well as other one off gains, core profits had increased by a respectable 7.2% from RM327.1 mil to RM350.7 mil respectively, demonstrating the continued growth of Sunway as a leading property–construction giant in Malaysia.

In line with our strong financial performance, the Board of Sunway has recommended an interim
dividend of 6 sen for FY2012 which was paid on 30 April 2013. This is consistent with the dividend policy that had been announced last year whereby the Group commits a minimum of 20% of its core PATMI to be declared as dividends annually to reward its shareholders.