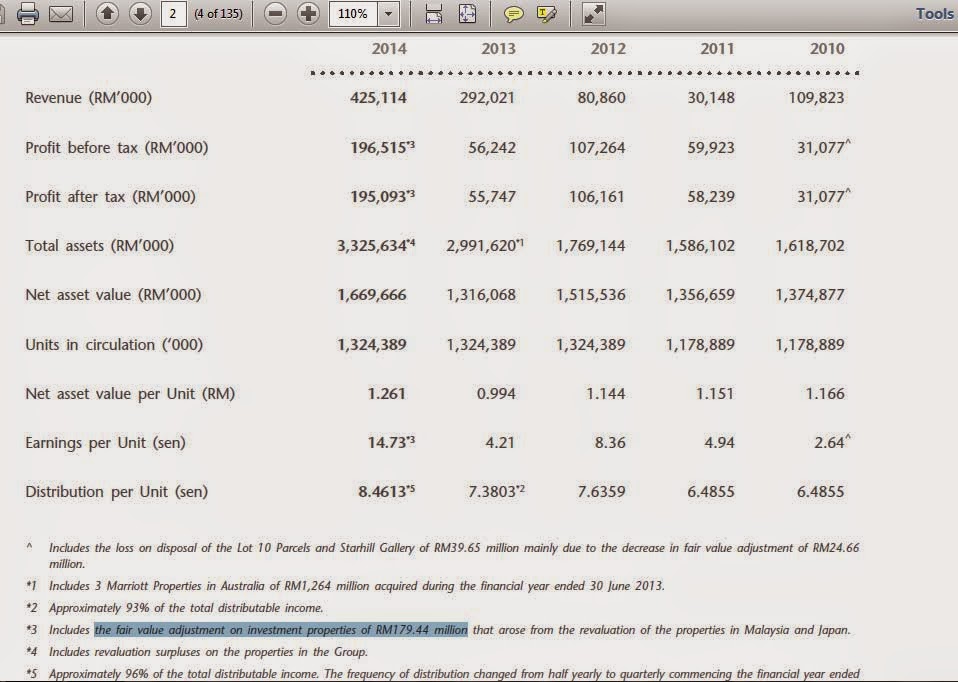 The increase in revenue and net property income for the financial year ended 30 June 2014 was attributed
mainly to the recognition of revenue generated by the Sydney Harbour, Brisbane and Melbourne Marriott hotels in Australia for a full financial year since the acquisition on 29 November 2012.

Meanwhile, the Group’s income available for distribution for the current financial year ended 30 June 2014 improved by 11% from RM105.183 million to RM117.142 million mainly due to the full financial year profit contribution from the three Marriott properties in Australia.

On 10 January 2014, Bursa Securities subsequently approved the listing of and quotation for up to 800.61 million placement units to be issued pursuant to the proposed placement. The Trust received approval for the Proposals and the proposed subscription of new units of up to RM310 million by YTL Corporation Berhad, an existing major unitholder of the Trust, at the meeting of unitholders held on 11 February 2014. The Trust received approval for a 6-month extension of time until 29 December 2014 to complete the proposed placement and proposed increase in fund size from the SC on 23 May 2014 and from Bursa Securities on 12 June 2014, and these corporate exercises are currently pending implementation.